I’m a mama, a functional nutritional therapy practitioner, a certified yoga instructor, a sustainable handbag designer, and a skateboarder.

I’ve been studying nutrition for as long as I can remember. I grew up in Florida, where my dad always inspired me to think independently, to research everything and to question authority. At age 16, I started listening to The Smiths and read Diet for a New America. After learning about how factory farmed animals were being treated, I immediately gave up eating meat and became a longtime vegetarian.

Around the same time, I visited NYC with my parents and fell in love with the freedom and energy of the city – eventually moving here when I was 26. City life was a mix of hard work and fun and the years flew by. Like a lot of New Yorkers, I didn’t settle down with a partner and actually start trying to get pregnant until my late thirties. Once I did, after a year of trying with no success, I got the dreaded stamp of “INFERTILITY” by my OBGYN at age 39. My fertility hormone levels weren’t great and I had a blocked fallopian tube. This also meant that my insurance would no longer cover me for any fertility related tests or treatments. I searched for every alternative therapy I could possibly find to help me get pregnant. I read many books. I stopped drinking coffee and alcohol, went for acupuncture, drank Chinese herbal teas, got Maya abdominal massage, I went to yoga classes for fertility. I thought I tried everything, but somehow never seriously considered nutrition.

We tried IUI several times – though half the times I didn’t follow through because the egg was developing in the wrong ovary.  We considered IVF, but I just wasn’t ready for it.

Trying to have a baby made me so depressed. I felt so trapped and it felt so out of my control. I started going to a therapist for the first time in my life.

One of my yoga teachers eventually recommended a nutritionist she had heard helped a friend get pregnant. I quickly booked an appointment and as per her recommendations started eating meat again and started taking supplements. After a month on the protocol, I realized I had more energy and felt more positive than I had in a long time. I had hope again.

I went back to the doctor and had my tubes checked again. It was no longer blocked. I had no idea at what point it unblocked but I was pretty certain it had a lot to do with my new diet. By age 42, I was pregnant naturally and my son Grayson was born when I was 43.

Two months after my son was born, my dad had a heart attack. He refused to take the medication his doctor prescribed and did a lot of research on diet and supplements. He discovered the documentary & book Forks Over Knives and went vegan, cutting out all healthy fats as well. He lost a lot of weight and regained his health and energy – most importantly, he got the okay from his doctor to stop taking the medication he never took in the first place. Seeing this first hand, I became convinced that the vegan diet was the road to optimum health and I was on my way to being raw vegan.

In the beginning of 2018, with the conviction that nutrition can create and save lives, I decided to go to school. I found the Nutritional Therapy Association. I was shocked to discover that the teachings were recommending a diet that included meat, organs, and animal fat.

Throughout my studies, I slowly became convinced of our bodies need for animal products, learning all about how our bodies function and why we need certain nutrients to be healthy. I learned how to heal myself from the postpartum depression (i.e. adrenal fatigue) I was dealing with as a new mom and also why exactly my dad’s diet had helped him – as well as why it is not a solution for long term health. I discovered that the years I had spent as a vegetarian had been the reason for my ongoing battle with mood imbalances – it was all connected to imbalanced blood sugar levels.

Nutrition has been such an incredible journey for me. I thought I knew so much about it, but studying to be a nutritionist has completely flipped my beliefs on their head and I really cannot wait to help others to discover what true health feels like.

My work as a FNTP (Functional Nutritional Therapy Practitioner) is about balancing the foundational systems of the body and when balance is restored, pretty much all health problems disappear. The body actually heals itself with the right support. My specialty is women’s health – fertility preparation, pre-natal, postpartum, menopause – as well as weight loss and mood imbalances/depression.

When I turned 40, I became much more conscious about aging and the passage of time. I realized how important it is to me to overcome fears, experience new things and absorb as much as possible.

I started skateboarding and surfing. I skated a bit when I was a teenager, but really became obsessed in my 40’s! I am such a huge proponent of girls skateboarding. It frees your mind and gives such a strong sense of confidence. I have worked with the awesome organization Girlsriders.org, helping teach skateboarding basics to girls and women.

After my son was born, I wasn’t able to skate much, so I started running with a jogging stroller because that was the only exercise I could really do with him – and I needed to get out! A few months into it, I committed to running the Brooklyn Half Marathon and lost all of my baby weight by race day. Running a half marathon has become an annual goal of mine to stay fit and keep my sanity as a new mom.

I truly believe that staying healthy and young at heart is such an important component to enjoying life and aging gracefully. Wellness often requires big lifestyle shifts and a lot of self-discipline – but it is so worthwhile in so many ways.

Take your health to a whole new level by removing toxins and supporting your mitochondria.

Find out how i can help you 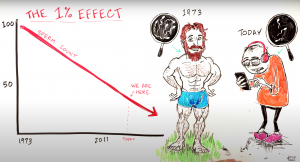 How endocrine disrupting chemicals are to blame for infertility. 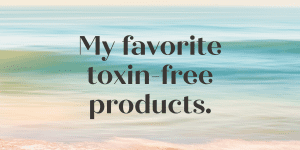 On my journey of living a more sustainable, toxin-free life, I have researched quite a bit and come across some amazing products that I love and use 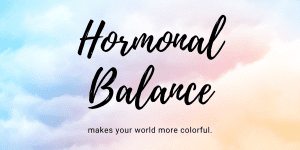 Our bodies are so complex and hormones affect so many different functions, having a huge impact on our overall sense of wellbeing. Hormonal imbalance can

Have a question or comment? Send me a message. I look forward to hearing from you!

Eat to Optimize your Fertility